Tripmare S.p.A. has long-standing experience in the salvage and safeguard of human life at sea.
The first tugboats bought by Tripcovich in the early 20th century were almost all used for marine salvage operations.
When business resumed after World War II, the Company strongly focused on wreck salvage and removal worldwide and was even tasked by the UN to restore navigability in the Suez Canal.
Since then, several salvage operations were carried out, such as:

Note:
All salvage operations have been carried out with no crew onboard 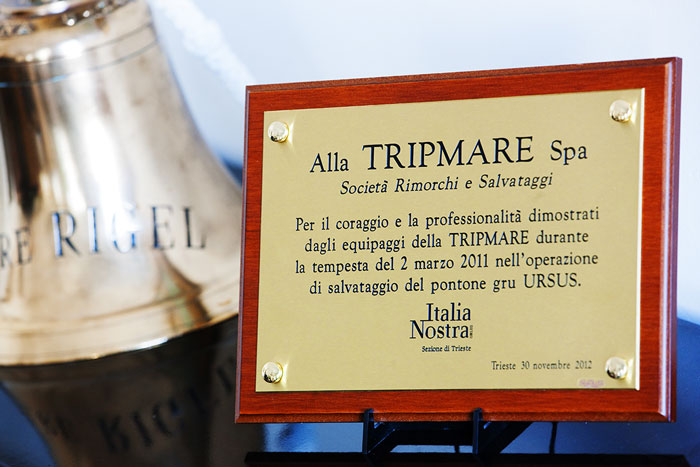