Tripmare’s origins date back to 1895, when Diodato Tripcovich shipping company was established in Trieste on the initiative of a Dalmatian sea captain.
In the early 20th century Tripcovich became the most important private shipping company of the Austrian-Hungarian Navy.
In 1912 it turned into a joint-stock company and in 1922 it was listed on Trieste Stock Exchange. In line with the times, Tripcovich bought his first tugboats mainly used for marine salvage operations. Although World War II severely affected the Company - part of the fleet was sunk and part of it was confiscated - it managed to recover focusing on wreck salvage and removal in the Mediterranean Sea, the Red Sea and the Indian Ocean. 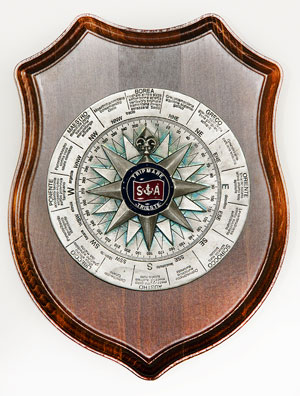 Despite difficulties and poor resources available, Tripcovich was helped by baron Goffredo de Banfield and could distinguish himself in such operations: in 1956, it was tasked by the UN to restore navigability in the Suez Canal, blocked by the wrecks of vessels sunk during military actions.
In the meantime, with the experience gained and the new skills acquired the Company increasingly developed activities in the field of marine towage, offshore assistance and maritime works.
In 1954 the Company became concessionarie for harbour towage services in the port of Trieste.
In the ’80s, aware of the need to meet the new ecological demands in the maritime environment, it joined a new initiative with other Italian shipping companies to protect the sea and the coastline from pollution. Monitoring and response activities were organised for the recovery of hydrocarbon and toxic substance spills at sea.
In 1994 was founded Tripmare, Company to which was entrusted with the towing service.